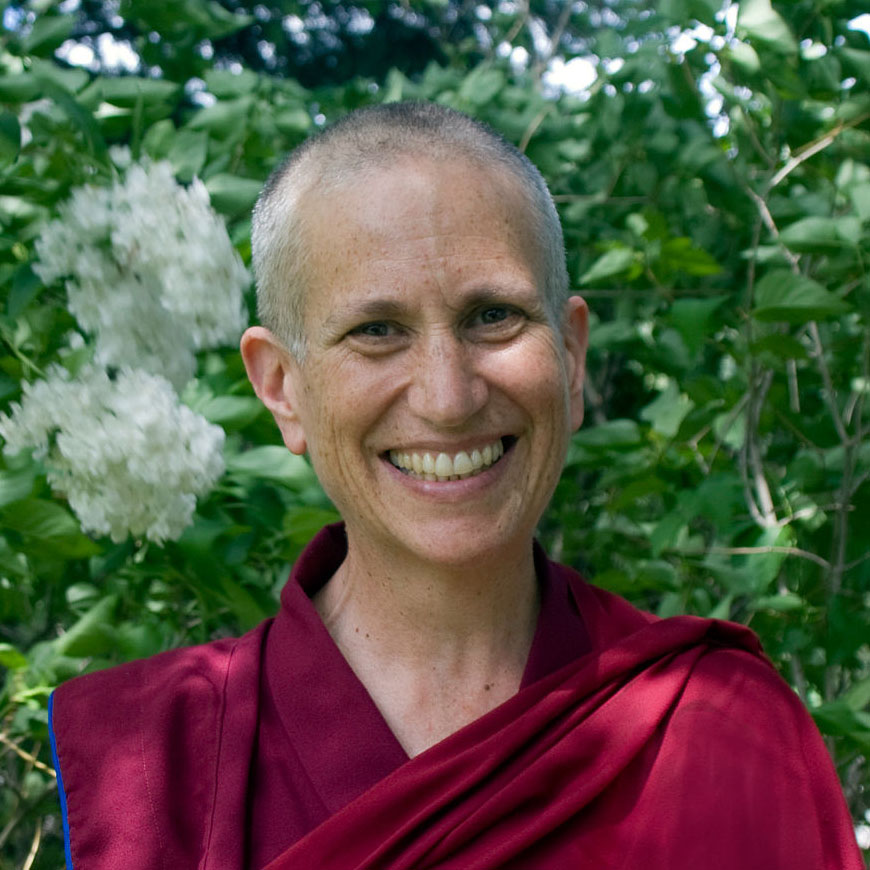 On September 12, 2020, after meditation we learned more about Right Speech (Samma vaca), one of the elements of the Buddha’s Eightfold Noble Path, through a closer examination of one particular form of unskillful speech — Idle Chatter.

At Teachers’ Corner last Saturday, we listened to a teaching from the Venerable Thubten Chodron on idle chatter, something which she said was often the main hindrance for practitioners. The teacher gave a long list of topics which could potentially be “idle chatter”, but emphasized the importance of intention. Why are you talking about these things? Is it part of holding on to your attachments? Is it just wasting time? Or are you speaking mindfully with a positive purpose?

The discussion afterwards highlighted some of this subtlety. We all talk about some of the topics which the teacher warned could constitute idle chatter, but is it always bad? We gave some personal examples of idle chatter, including pointing out how we can even engage in idle chatter inside our own heads.

The video we shared during our session is posted below: “The Gomchen Lamrim: Harsh Speech and Idle Talk”. The section on idle talk begins at 28:00 in the recording. Also posted are a few suggested questions for discussion on the topic. Happy learning!

During our session we watched the following video from 0:28:00 to the end.


** Venerable Thubten Chodron (德林 — De Lin) was born in Chicago in 1950. In 1977, she received sramanerika (novice) ordination from Kyabje Ling Rinpoche in Nepal, and in 1986 she received bhikshuni (full) ordination in Taiwan. Ven. Chodron is the founder and abbess of Sravasti Abbey, the only Tibetan Buddhist training monastery for Western nuns and monks in the United States. She is a central figure in the reinstatement of the Bhikshuni (tib. Gelongma) ordination of women. She is a student of the 14th Dalai Lama, Tsenzhab Serkong Rinpoche, Lama Thubten Yeshe, Thubten Zopa Rinpoche, and other Tibetan masters. She has published many books on Buddhist philosophy and meditation, and is currently co-authoring with His Holiness the Dalai Lama a multi-volume series of teachings on the Buddhist path, The Library of Wisdom and Compassion.

The Ten Paramitas of Mahayana Buddhism : What is a Bodhisattva?