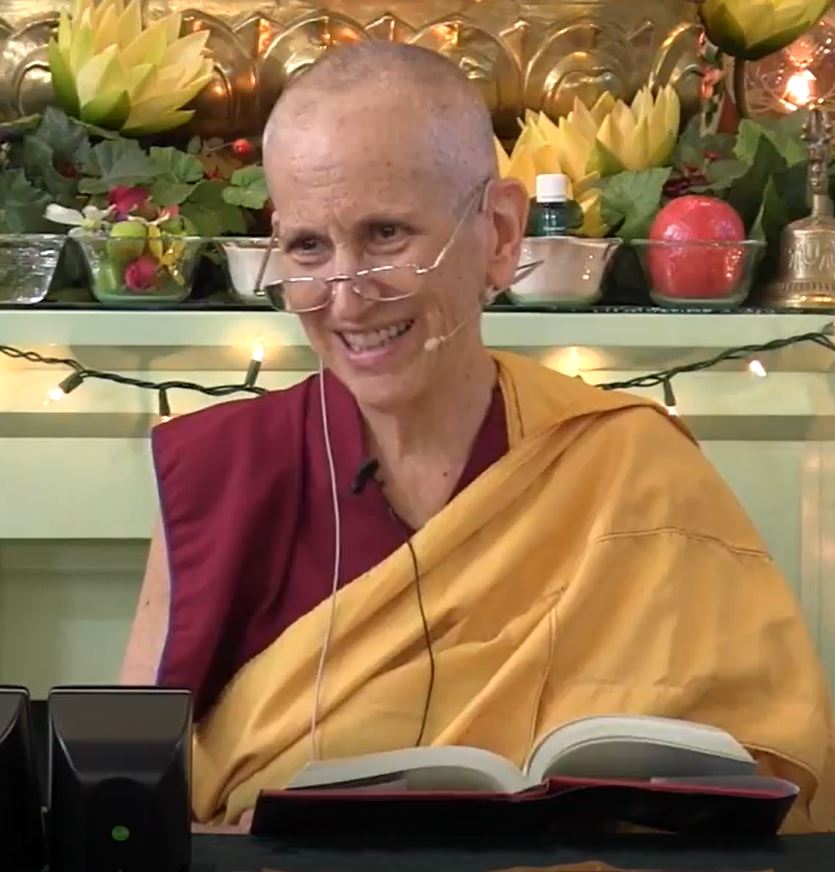 Last Saturday, on Oct 05, 2019, we studied the ninth of The Ten Paramitas of Mahayana Buddhism — Bala (Spiritual Power / Strength).

We first read an excerpts from the Sandhinirmochana Sutra, which provide the focus of our discussion on “power” as “an aid to the transcendent way of meditation” (Dhyāna, the fifth Paramita). For reference, we shared the full list of the Ten Strengths of the Bodhisattvas and the Thirty-Seven Aids to Enlightenments. We then watched a Dharma video by Venerable Thubten Chodron, who co-authored the book “Buddhism: One Teacher, Many Traditions” with the Dalai Lama. In her talk, she covers part of Chapter 6 of their book on “The 37 Aids to Awakening”, and compared how the Pali and Sanskrit traditions explain the Five Powers, with a special emphasis on “Mindfulness”.

Below is a copy of our handout, the video we shared, questions we discussed, and our homework with extra reading materials. Happy learning!

From the Sandhinirmochana Sutra* (“Scripture Unlocking the Mysteries”):

The enlightening being Avalokiteshvara also asked the Buddha, “How many things should enlightening beings learn?”
The Buddha replied, “In general, there are six things enlightening beings should learn: consummate giving, discipline, forbearance, diligence, meditation, and insight.”
……
Avalokiteshvara asked, “Why, as you define these things to learn, are there only six?”
The Buddha replied, “For two reasons. One is to benefit sentient beings. The other is to cure afflictions. The first three benefit sentient beings; the latter three cure all afflictions.
……
Avalokiteshvara asked, “Why, as you define the other ways of transcendence, are there only four more?”
The Buddha said, “Because they are aids to the first six ways of transcendence…
……
“If enlightening beings associate with good people, listen to true teaching, and think about it reasonably, and thereby transform inferior will into superior will, and can also attain higher aspiration, this is called the transcendent way of power. By this power, they have the capability of inner mental stability, so I say the transcendent way of power is an aid to the transcendent way of meditation.”

There are numermous mentions of Bala in various sutras, the Tripiṭaka and Pali Canon. The following list only the ones we can find that seems most relevant in the context of discussing powers / strengths as aids or supports to one’s Bodhisattvas practice.

Ten Strengths of the Bodhisattvas : as defined in the Dharma-saṃgraha (section 75).

The Dharma-samgraha is an extensive glossary of Buddhist terms in Sanskrit. The work is attributed to Nagarguna who lived around the 2nd century A.D.
Click to read the 'Ten Strengths of the Bodhisattvas' from the Dharma-saṃgraha

Five Powers / Five Strengths : as outlined in the Aṭṭhakathā.

The Five Powers in Buddhism are faith, effort, mindfulness, concentration, and wisdom. They are one of the seven sets of “qualities conducive to enlightenment.” They are parallel facets of the five spiritual faculties.

Faith and Wisdom balance each other, as do Energy and Concentration. The Five Faculties are ‘controlling’ faculties because they control or master their opposites. The faculties and powers are two aspects of the same thing.

The Dharma Talk video shown below is one of a long series that explore the content of the book : Buddhism: One Teacher, Many Traditions – jointly authored by His Holiness the Dalai Lama and Venerable Thubten Chodron.
In the book, they map out the convergences and the divergences between the two major strains of Buddhism–the Mahayana traditions of Central and East Asia (the Sanskrit tradition) and the Theravada traditions of South and Southeast Asia (the Pali tradition). The full series of her Dharma talks can be found on the Venerable’s website at: www.thubtenchodron.org/2015/11/buddhist-canons/.

During our session we watched the second half of the talk starting from 0:55:50.

“Buddhism: One Teacher, Many Traditions Chapter 6: The 37 Aids to Awakening” by Ven. Thubten Chodron**

** Venerable Thubten Chodron (德林 — De Lin) was born in Chicago in 1950. In 1977, she received sramanerika (novice) ordination from Kyabje Ling Rinpoche in Nepal, and in 1986 she received bhikshuni (full) ordination in Taiwan. Ven. Chodron travels worldwide to teach the Dharma: North America, Europe, Latin America, Israel, Singapore, Malaysia, Indonesia, India, and former communist countries. Seeing the importance and necessity of a monastery for Westerners training in the Tibetan Buddhist tradition, she founded Sravasti Abbey, a Buddhist monastic community north of Spokane, WA and is the abbess there. It is the only Tibetan Buddhist training monastery for Western monks and nuns in America.