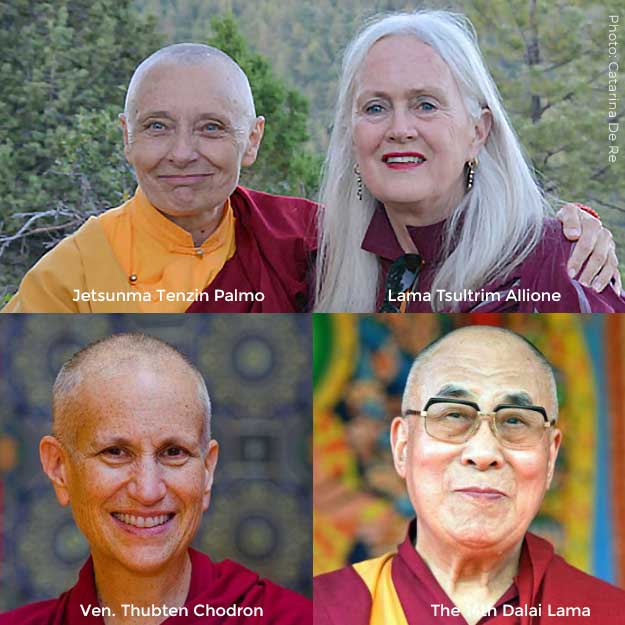 On October 10, 2020, after meditation, we shared several teachers’ responses on the issue of Teacher Misconduct in student abuse. We hope their advice will guide us in learning the right lessons from those transgressions, in exercising the right mindfulness in seeking a teacher, and in taking the right actions to protect the practice environment for all.

At Teachers’ Corner last Saturday, we examined the topic of Teachers’ Misconduct, particularly those incidences where students were abused by their teachers in Buddhist Sanghas. We watched a video in which Jetsunma Tenzin Palmo and Lama Tsultrim Allione answered a question about the sexual abuse cases in the Shambhala community. We read excerpts from a conversation with The Dalai Lama on teacher-student relationship before watching another recording of Ven. Thubten Chodron expounded on the same topic. Finally, we looked to the Maha-parinibbana Sutta for the Buddha’s advice on the refuge we should seek for our practice. Here are some key takeaways from the materials we shared:

All material we shared during our session is posted below. Happy learning!


* Jetsunma Tenzin Palmo is a bhikṣuṇī in the Drukpa Lineage of the Kagyu school of Tibetan Buddhism. She is an author, teacher and founder of the Dongyu Gatsal Ling Nunnery in Himachal Pradesh, India. She is best known for being one of the very few Western yoginis trained in the East, having spent twelve years living in a remote cave in the Himalayas, three of those years in strict meditation retreat. On 16 February 2008, Tenzin Palmo received the title of Jetsunma (reverend lady) in recognition of her spiritual achievements as a nun and her efforts in promoting the status of female practitioners in Tibetan Buddhism by the head of the Drukpa Lineage, the 12th Gyalwang Drukpa.

** Lama Tsultrim Allione is the founder of the Tara Mandala retreat center in Pagosa Springs, Colorado, and author of “Women of Wisdom and Feeding Your Demons”. In 1970 she became one of the first American women to be ordained in the Tibetan Buddhist tradition. She was a 2009 recipient of the Outstanding Women in Buddhism Award.


*** Venerable Thubten Chodron (德林 — De Lin) was born in Chicago in 1950. In 1977, she received sramanerika (novice) ordination from Kyabje Ling Rinpoche in Nepal, and in 1986 she received bhikshuni (full) ordination in Taiwan. Ven. Chodron is the founder and abbess of Sravasti Abbey, the only Tibetan Buddhist training monastery for Western nuns and monks in the United States. She is a central figure in the reinstatement of the Bhikshuni (tib. Gelongma) ordination of women. She is a student of the 14th Dalai Lama, Tsenzhab Serkong Rinpoche, Lama Thubten Yeshe, Thubten Zopa Rinpoche, and other Tibetan masters. She has published many books on Buddhist philosophy and meditation, and is currently co-authoring with His Holiness the Dalai Lama a multi-volume series of teachings on the Buddhist path, The Library of Wisdom and Compassion.

1) Excerpt from “Ethics in the Teacher-Student Relationship: The Responsibilities of Teachers and Students” 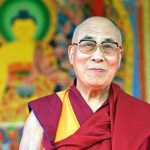 Following are selected excerpts from the published notes taken during the meeting of His Holiness The 14th Dalai Lama and Western Buddhist Teachers in Dharamsala, 1993.

Western Buddhist Teacher: Some teachers say that if you are a student, you need to follow the precepts, but once you have become an enlightened teacher, you do not. Some teachers’ unconventional behavior is explained as a display of that person’s skill, realization and compassion which those of us of lesser attainment cannot understand. Claiming this, some Buddhist teachers have misused money, power, sex, drugs, and alcohol. This is disconcerting to many people and makes some lose faith in the Dharma. Are such behavior and the explanation for it valid?
His Holiness the Dalai Lama: Historically, although some Buddhist saints have acted with strange modes of ethical conduct, they were fully realized beings and knew what was of long-term benefit to others. But nowadays, such conduct is harmful to the Dharma and must be stopped. Even though one’s realizations may be equal to those of divine beings, one’s behavior must conform to convention. If someone says that since everyone has Buddha mind, any kind of conduct is acceptable, or that teachers do not need to follow ethical precepts, it indicates that they do not correctly understand emptiness or cause and effect. Everyone is accountable for his or her behavior. For someone with full realization, ingesting urine, feces, alcohol, and human flesh are all the same.2 But if those Buddhist teachers who ethically misbehave were to eat feces or drink urine, I doubt they would enjoy it!

HHDL:…Just as there are three ways of relating to a guru, there are three ways of responding to his or her instructions if they contradict the Dharma. According to Vinaya, if a teacher tells you to do a non-Dharmic action, you should reject that advice. According to Paramitayana (the bodhisattva vehicle), if an instruction conforms with the Buddhist path, follow it. Otherwise, do not. According to Vajrayana (or Tantrayana), if a guru gives an instruction that is not in accord with the Dharma, the student should not follow it and should go to the teacher to clarify and explain why they cannot. This advice comes directly from the Buddha and is found in the scriptures. The same applies if you think the advice of your teacher is unskillful or unwise, even though it may be ethical. The purity of the teacher’s motivation is not enough: the instruction must be appropriate for the situation and the culture of the place.

If the guru refuses to accept your reservations about following their non-Dharmic or unskillful instructions and kicks you out, pack your bags and leave. Your guru can tell you to leave physically, but they cannot make your mind leave the Dharma…

HHDL:…It is essential to distinguish between two things: the person and their action. We criticize the action, not the person. The person is neutral: he or she wants to be happy and overcome suffering, and once their negative action stops, they will become a friend. The troublemaker is the afflictions and actions. Speaking out against the action does not mean that we hate the person. For example, we Tibetans fight Chinese injustice, but it doesn’t mean we are against the Chinese as human beings, even those who are ruthless. In meditation, I try to develop genuine compassion for these people while still opposing their actions. Thus, we may criticize a teacher’s abusive actions or negative qualities while we respect them as a person at the same time. There are still some beneficial aspects of the guru. A mistaken action doesn’t destroy their good qualities. If you criticize in this way, there is no danger of hellish rebirth as a result. Motivation is the key: speaking out of hatred or desire for revenge is wrong. However, if we know that by not speaking out, their bad behavior will continue and will harm the Buddhadharma, and we still remain silent, that is wrong.

Footnote:
² At very high levels of the path, when a person has direct, non-conceptual realization of emptiness and has subdued all conceptions of inherent existence, they do not view phenomena in the same ordinary, dualistic ways that we ordinary people do. Thus, if they take urine, alcohol, and so forth, they do not react as we do, but see these things with a pure view.