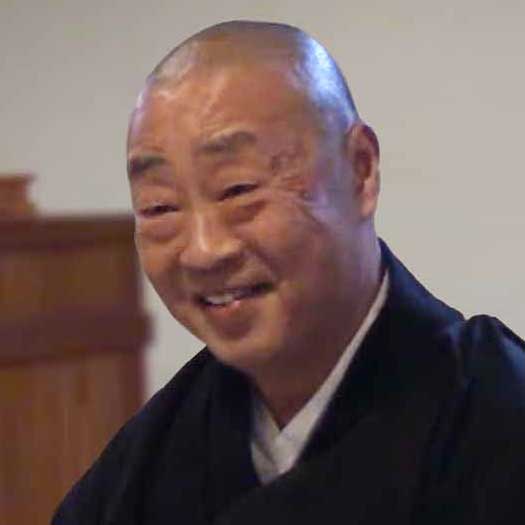 On Sunday, September 11, 2022, after meditation we listened to a Dharma talk from Issan Koyama offering insights into two kōans, the Wild Fox kōan and Rinzai’s Blind Ass.

In the Wild Fox kōan (Book of Serenity, Case 8), Issan focuses on the central contrast of “not subject to cause and effect” with “not blind to cause and effect”, and, in particular, the nuances of “not blind”. Issan’s interpretation is that “not blind” has connotations of “I see it, and it doesn’t matter”. In other words, when one can properly see the operation of cause and effect, one is still subject to it, but one no longer needs to care (and therefore suffer) because of its operation. Issan illustrates his point with real-life stories of persons who, despite being deeply affected by cause and effect, don’t get swept up in suffering and do great good.

The story of Rinzai’s Blind Ass (Book of Serenity, Case 13) centers on the yell of “Kats!”. Issan talks about his own relationship with “Kats”, and how he has come to appreciate it. He describes it as the moment in which one becomes aware of the here-and-now, and says that it can happen in many different forms. Classic Zen manifestations include yells and unexpected blows, but Issan tells stories in which a tickle is “Kats”, or a conversation which brings someone just a bit closer to a shared reality is “Kats”.

Issan’s life of service in hospice work has given him a wealth of observations and experiences which he deploys to good use throughout his talk.

The group’s conversation touched on both kōans. Members of the group could relate to several of the experiences which Issan talked about, and found his stories helpful for illustrating his points. We were also struck by Issan’s comment, “My first rule is, when I don’t know what to do, I find a chair” (to observe the situation). Worth a try!

The video of the talk is posted below. Happy learning!

From the Teachers: Relating kōan Lessons to Daily Life


* Issan Koyama was ordained as a novice by Shōhaku Okumura in March, 2017. Originally from Japan, he came to the US as a correspondent journalist for newspaper and TV programs. In the early years of the AIDS epidemic, Issan became a volunteer for end-of-life care in New York City, and subsequently became a professional care giver. While working as a full-time hospice chaplain in USA, he also co-established and managed a residential facility in Japan that hosted geriatric/palliative patients as well as medical clinics. His work was featured in both American and Japanese media such as the New York Times and Asahi Shimbun, and in StoryCorps’ book “Callings.”

Mindfulness : “Freedom from Being Caught in the Past or the Future”

The Ten Paramitas of Mahayana Buddhism : What is a Bodhisattva?