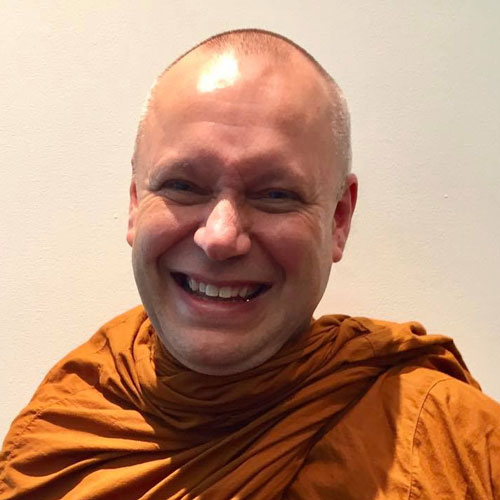 On November 14, 2020, after meditation, we discussed one of the fundamental causes of our suffering — Attachment / Clinging / Grasping, and how to work with it in our practice.

At Teachers’ Corner last Saturday, we took a quick look at the definition of the Pali and Sanskrit word “Upādāna“, which is often inadequately translated as “attachment” in English. Armed with more information on the literal meaning of the term and how it was used in Buddhist teachings; we then watched a video in which Ajahn Brahmali expounded on how we should approach Dharma practice with our inherent tendency to attach, to cling, and to grasp.

Material we shared during our session can be found below. Also posted are suggestions on a few resources to support further investigation in the topic, including the concept of “Non-Attachment”.

Upādāna is a Vedic Sanskrit and Pali word that means “fuel, material cause, substrate that is the source and means for keeping an active process energized”. It is also an important Buddhist concept referring to “attachment, clinging, grasping”. It is considered to be the result of taṇhā (craving), and is part of the dukkha (suffering, pain) doctrine in Buddhism.

Upādāna has a hybrid meaning… it is used to cover two sides of a physical process metaphorically applied to the mind:
the act of clinging whereby a fire takes sustenance from a piece of fuel, together with the sustenance offered by the fuel.

On the level of the mind, upādāna denotes both the act of clinging and the object clung to, which together give sustenance to the process of becoming and its attendant factors leading to suffering and stress.

upādāna: Clinging; attachment; sustenance for becoming and birth — attachment to sensuality, to views, to precepts and practices, and to theories of the self.

From the Teachers: Practice with Attachment / Clinging / Grasping


* Ajahn Brahmali was born in Norway, has lived at Bodhinyana Monastery in Australia since 1994, and was ordained as a Bhikkhu, with Ajahn Brahm as his preceptor, in 1996. In 2015 he entered his 20th Rains Retreat as a fully ordained monastic and received the title Maha Thera (Great Elder). He co-authored the book “The Authenticity of the Early Buddhist Texts” with Bhante Sujato. Bhikkhu Bodhi who translated most of the Pali Canon into English, called Ajahn Brahmali one of his major helpers for the recent translation of the “Numerical Discourse of the Buddha”. Ajahn Brahmali gives Dharma talks, holds classes and Sutta Retreats regularly in Australia and Southeast Asia.

1) Excerpt from “Why Do Buddhists Avoid Attachment? – The meaning of ‘Attachment’ in Buddhism” by Barbara O’Brien

It is important to note, though, that the Buddhist advice is not to detach from the people in your life or from your experiences, but rather to simply recognize the non-attachment that is inherent to begin with…

When we reject the illusion that we have a “self” that exists separately and independently from other people and phenomena, we suddenly recognize that there is no need to detach, because we have always been interconnected with all things at all times.

Zen teacher John Daido Loori says that non-attachment should be understood as unity with all things:

“[A]ccording to the Buddhist point of view, non-attachment is exactly the opposite of separation. You need two things in order to have attachment: the thing you’re attaching to, and the person who’s attaching. In non-attachment, on the other hand, there’s unity. There’s unity because there’s nothing to attach to. If you have unified with the whole universe, there’s nothing outside of you, so the notion of attachment becomes absurd. Who will attach to what?”

To live in non-attachment means that we recognize there was never anything to attach or cling to in the first place. And for those who can truly recognize this, it is indeed a state of joyfulness.

3) What’s the Difference Between Buddhist Non-Attachment and Mental Detachment?
— by Doug Smith