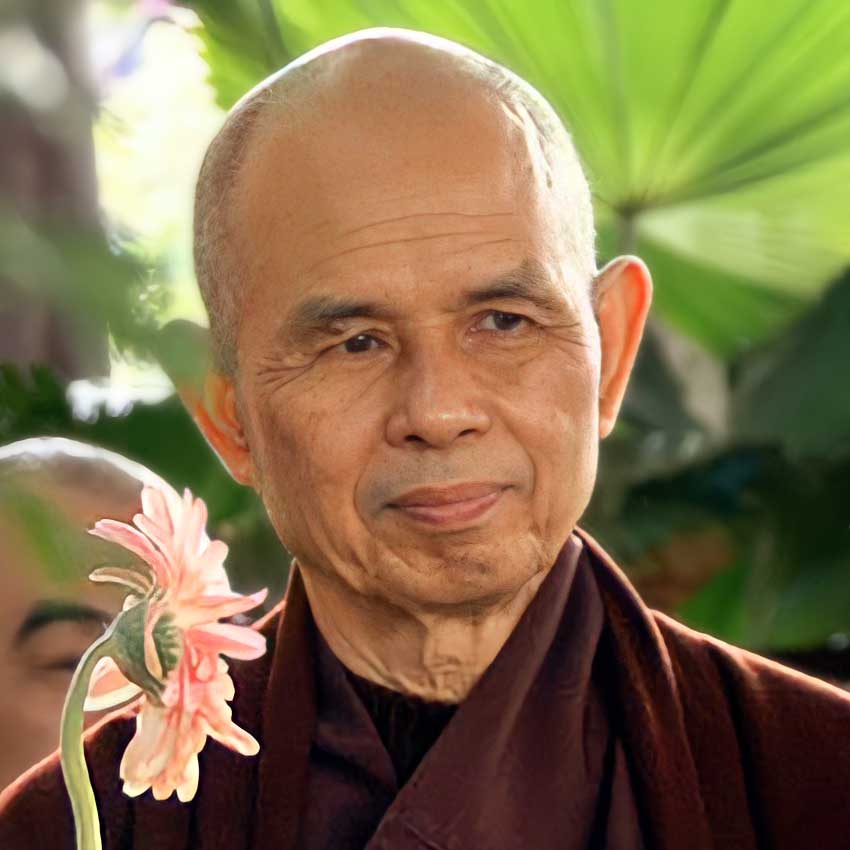 On February 13, 2022, after meditation, we met online for a Teachers’ Corner session to learn from the recently departed Zen Master Thich Nhất Hạnh about the practice of “Mindfulness”. Our deep habits of continually chasing after the past or the future can make it difficult for us to stop and to exist in the present, but we gain a great deal if we do.

In his Dharma talk “Freedom from Being Caught in the Past or the Future”, Thich Nhất Hạnh began by reminding us how we are so often not mindful, and that we often are thinking about the past or the future. Long experience has built up habits that keep us forever running. But in reality, neither the past nor the future exist; only the present is real. If we can stop running and fully exist in the present, we can experience the “Kingdom of God”, or the Pure Land of the Buddha. This peace is always available to us; we need only to stop running and be in the present moment.

In our discussion, more than one person commented on how peaceful Nhất Hạnh seemed. His face is peaceful, his voice is calming, and he seems to glide when he walks — the practice of mindful walking certainly seems to have benefitted him! We also talked amongst ourselves about how to apply these teachings in more stressful circumstances. Mindful walking is easier on a peaceful retreat, surrounded by monastics, but harder among the stresses of everyday life. We don’t have a single solution, but being consistent with one’s practice can help, as well as exploring Thich Nhất Hạnh’s teachings on mindfulness more deeply.

Thích Nhất Hạnh died on January 22, 2022, and we were grateful to have this opportunity to remember his life together by hearing him speak about mindfulness.

The video we shared during our session, a brief summary of Thích Nhất Hạnh’s contributions, and additional resources are posted below. Happy learning!

From the Teachers: Mindfulness

Dharma Video: Freedom from Being Caught in the Past or the Future

In the mid-1960s, Nhất Hạnh co-founded the School of Youth for Social Services and created the Order of Interbeing. He was exiled from Vietnam in 1966 after expressing opposition to the war. In 1967, Martin Luther King Jr. nominated him for a Nobel Peace Prize.

Nhất Hạnh established dozens of monasteries and practice centers and spent many years living at the Plum Village Monastery, which he founded in 1982 in southwest France near Thénac, travelling internationally to give retreats and talks. Nhất Hạnh promoted deep listening as a nonviolent solution to conflict and sought to raise awareness of the interconnectedness of all elements in nature. He coined the term “engaged Buddhism” in his book Vietnam: Lotus in a Sea of Fire.

To read more about Thích Nhất Hạnh’s teachings on mindfulness, start with the followings:

Buddhist Practice in this Pandemic: Allow Joy into Our Heart & other advice from Dharma teachers