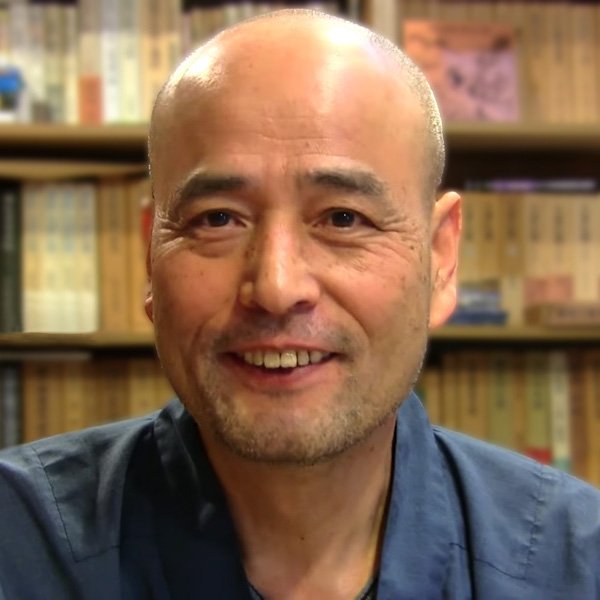 On June 12, 2022, after meditation we listened to a Dharma talk – “Zazen is Not About Progress” – from Shōhaku Okumura about the difference between a goal and a direction, and the importance of practicing without a goal.

Okumura Roshi’s talk was based on two paragraphs from the book “Opening the Hand of Thought” by Kosho Uchiyama Roshi, and he goes in-depth on Uchiyama Roshi’s distinction between the situation of modern life and the antidote to be found in practice. In modern life, we set up goals. Goals are something outside of ourselves; a different place or situation we want to attain because there’s something lacking with our current situation. Goals build dissatisfaction into themselves, since the premise of the goal is that we are lacking something important. Until the goal is achieved, the effort which has gone into reaching it is meaningless. Worse, since there are usually others attempting to reach the same goal, we become suspicious and competitive. This description of the situation in the modern world is also a great description of samsara itself.

Okumura Roshi warns against bringing this goal-seeking mind into meditation or practice. We must not sit in meditation to achieve a goal, even if that goal is enlightenment. Rather, we should think in terms of a direction, or a particular attitude. The four great Bodhisattva vows are an example of a direction that we can bring into our practice. When we practice with a direction, rather than a goal, the effort we put forth is always meaningful, and we need not be dissatisfied with our current position. This is related to teachings on Buddha-nature. Our practice is complete as it is; Buddhahood is not somewhere outside of us, it’s within us now.

In our discussion, the group talked about our conceptions of goals and directions. What do these words mean to us? Perhaps the idea of a “direction” could also be described as an “attitude”, or maybe it’s a different way of talking about a goal. We also talked about meditation specifically, and how Chan/Zen teachers often instruct that there’s nothing to do or to achieve during zazen. Once you’re on the cushion, the work is done, and you have nothing to do!

The video of the talk is posted below. Happy learning!

From the Teachers: Goal vs Direction

Dharma Video: Zazen is Not About Progress: Shohaku Okumura on Opening the Hand of Thought

Zazen is Not About Progress — by Shōhaku Okumura *


* Shōhaku Okumura , founder and abbot of Sanshin Zen Community, was born in Osaka, Japan, in 1948. In 1970, he was ordained by the late Kosho Uchiyama Roshi, one of the foremost Zen masters of the twentieth-century. He received Dharma transmission from his teacher in 1975 and, shortly after, became one of the founding members of Pioneer Valley Zendo in Massachusetts. He returned to Japan in 1981 and began translating the works of Dogen Zenji, Uchiyama Roshi and other Soto masters from Japanese into English. In 1993, he moved back to the United States with his wife, Yuko, and their two children. He has previously served as teacher at the Kyoto Soto Zen Center in Japan and at the Minnesota Zen Meditation Center in Minneapolis, and was Director of the Soto Zen International Center in San Francisco for thirteen years.

Today, Okumura Roshi is recognized for his unique perspective on the life and teachings of Dogen Zenji derived from his experience as both practitioner and translator, and as a teacher in both Japanese and Western practice communities. He gives frequent lectures on the Shobogenzo and other foundational texts; transcriptions have appeared in Buddhadharma: The Practitioner’s Quarterly, Dharma Eye, and Buddhism Now.  He has also written or contributed to a number of books; the complete publication list is available from our Dogen Institute.