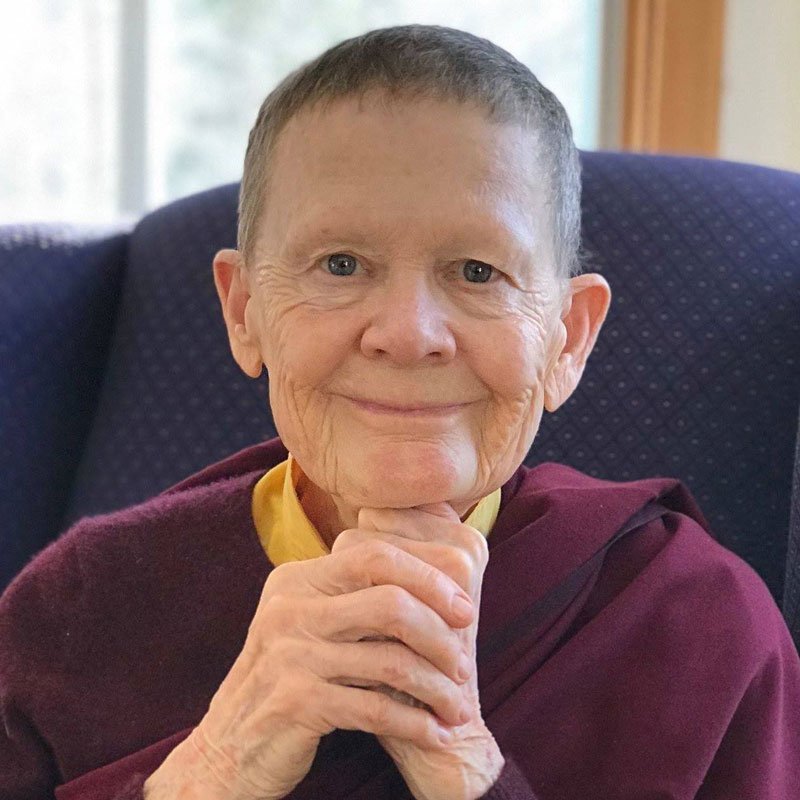 On August 14, 2022, after meditation, we learned from Dharma teacher Pema Chödrön about the concept of “shenpa”, how it related to our suffering, our feeling of being “stuck”, and how to go about “Getting Unstuck”.

In her talk, Pema Chödrön explained the Tibetan concept of “shenpa” – a teaching she received from her teacher, Dzigar Kongtrul Rinpoche. According to the teacher, the usual translation of the word “shenpa” as “attachment” does not come close to conveying its full meaning and the profound effect it has on us.

Shenpa is a pre-emotional feeling that arises in us, brings us discomfort, and causes us to react with harmful habits to escape the unwanted feeling of unease. Shenpa is at once “the itch”, “the urge” to scratch, and “the scratch” which makes the itch worse. Chödrön uses everyday occurrences to remind us how we “get hooked” and “get stuck” by shenpa – a familiar urge comes up, we succumb to it, and it becomes stronger; we reinforce our cravings and habits by giving in to them repeatedly.

Instead of trying to ease our discomfort by escaping, Chödrön urges us to learn to stay with our uneasiness and to cultivate non-judgmental acceptance of our irritability, insecurities, and other human traits. Simply by staying in the fullness of the present moment with openness and curiosity, we can unravel the patterns of self-denigration, and develop loving-kindness toward ourselves and others.

To stop, or at least to slow down the momentum of shenpa, Chödrön introduced us to the practice of “The Four Rs”:

Because the recording “Getting Unstuck” we shared during our session is protected by copyrights, we will not be able to post it here on our website. Fortunately, Pema Chödrön has recently published an article in Lion’s Roar magazine on the topic of shenpa – “How We Get Hooked and How We Get Unhooked” – we have created a downloadable PDF to share with you below. Scroll down further to see a list of links to other resources on the topic of shenpa by Pema Chödrön.

From the Teachers: Shenpa

* Pema Chödrön is an American Tibetan Buddhist. She is an ordained nun, former acharya of Shambhala Buddhism and studied closely with Chögyam Trungpa Rinpoche from 1974 until his death in 1987. At the request of the Sixteenth Karmapa, she received the full monastic ordination in the Chinese lineage of Buddhism in 1981 in Hong Kong. Pema served as the director of Karma Dzong, in Boulder, until moving in 1984 to rural Cape Breton, Nova Scotia to be the director of Gampo Abbey. Pema currently teaches in the United States and Canada and plans for an increased amount of time in solitary retreat under the guidance of Venerable Dzigar Kongtrul Rinpoche. Pema has written several dozen books and audiobooks, including “The Wisdom of No Escape”, “Start Where You Are”, “When Things Fall Apart”, and many more.

Other Resources on working with shenpa: