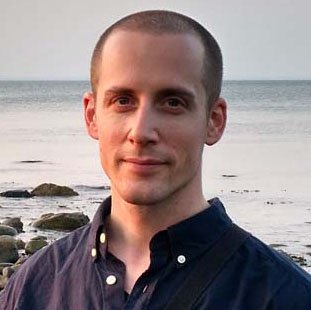 On Saturday, May 29, 2021, Chan/Zen teacher, David Listen, joined CBMG to guide the group in meditation as well as give a live Dharma Talk titled:

“The Core Principles of Buddhadharma: How They Guide Our Life Practice.”

Close to 30 people attended the online event. We have posted below is a full recording of David’s Dharma talk and the Q & A session that followed.

In the talk, David explained that the Buddha’s teaching is not doctrinal – instead, it is a set of instructions to teach us how we can reduce the suffering or dissatisfaction of ourselves and others. David first described briefly the Three Studies: śīla (precepts, ethical conducts), samadhi (meditation, concentration), and prajna (wisdom, insight). Then he expounded more on prajna through the teaching of the Three Dharma Seals, which are: Impermanence, Selflessness (or no-self), and Nirvana. He said these are negations that simply describe the nature of how things are, and it is when we truly understand and can abide by how things are that we can be truly free.

Impermanence shows us that in reality, nothing is permanent or unchanging, not even the core of our being. By understanding this concept, we learn not to hold on to things so tightly, such as our physical bodies and our relationships. Change is neither good nor bad in itself; it simply is. It is our desire for things to stay unchanged that causes us to suffer because that desire is not in accord with how things work in reality.

Selflessness teaches us that everything is interdependent. Nothing exists completely independently, i.e., arising and existing by itself. This applies to both our bodies and our mind. By understanding this concept, we learn to reduce our discursive, self-centering thoughts, and to appreciate others and the world for the myriad of causes and conditions that connect and intertwine. David cautioned us to be skillful in our understanding, so that we do not feel depressed by this concept nor mistake no-self as meaning we do not need to take any responsibility – our actions do bring consequences for which we would need to be responsible. He told of a story of a murderer in Buddha’s time who, upon learning from the Buddha, became a kind, benevolent person; however, he was still stoned to death in the end by those who suffered from his previous heinous acts because, as the Buddha said, he must bear the fruit of his actions.

Finally, David said Nirvana, or “true nature,” is not a “thing” that we can see or attain. Instead, it simply describes our capacity or potential to be fully awake and clearly realize impermanence and selflessness – this is what is meant by a free and pure mind, which brings out our full innate quality of compassion and wisdom. Practitioners are often obsessed with the idea of “seeing the true nature” or “attaining enlightenment” – but there is really nothing to see or attain!

In the Q&A session that followed, David addressed several questions from participants, including how to make use of these concepts to help people suffering from mental afflictions, how rebirth works when there is no “self,” and if there is no “thing” to attain then how does one “know” when we “get there?” To this last question, David said that you would know if, when you get up from your cushion, you no longer have any anger, craving, fear, or anxiety, no matter what the situation is or what others say to/about you; and that you no longer have a distracted/clouded mind. That, he said, is true freedom.

The Core Principles of Buddhadharma: How They Guide Our Life Practice

The following video was recorded by CBMG during a special online event with Guest Teacher David Listen.

* David Listen has been sharing Chan/Zen meditation and Buddhist teachings for over 15 years, leading intensive meditation retreats, classes, and activities at various monasteries, college campuses, and private institutions throughout North America, Europe, and East Asia. Previously known as Venerable Chang Wen（常聞法師）, he was one of the few Western monastic disciples of Chan Master Sheng Yen. He had been a monk for over a decade and has since returned to lay life to share the insights of the Buddha in his own creative way. David is fluent in English and Mandarin Chinese and has done extensive work translating the teachings of Chinese Buddhism into English, both on retreat and in published works. He holds a Bachelor’s in Environmental Studies, a Master’s degree in Mental Health Counseling, and is currently a counselor at a clinic for people suffering from severe mental illness. He also has his own life mentoring practice, guiding people in their cultivation of wisdom and compassion on an individual basis.