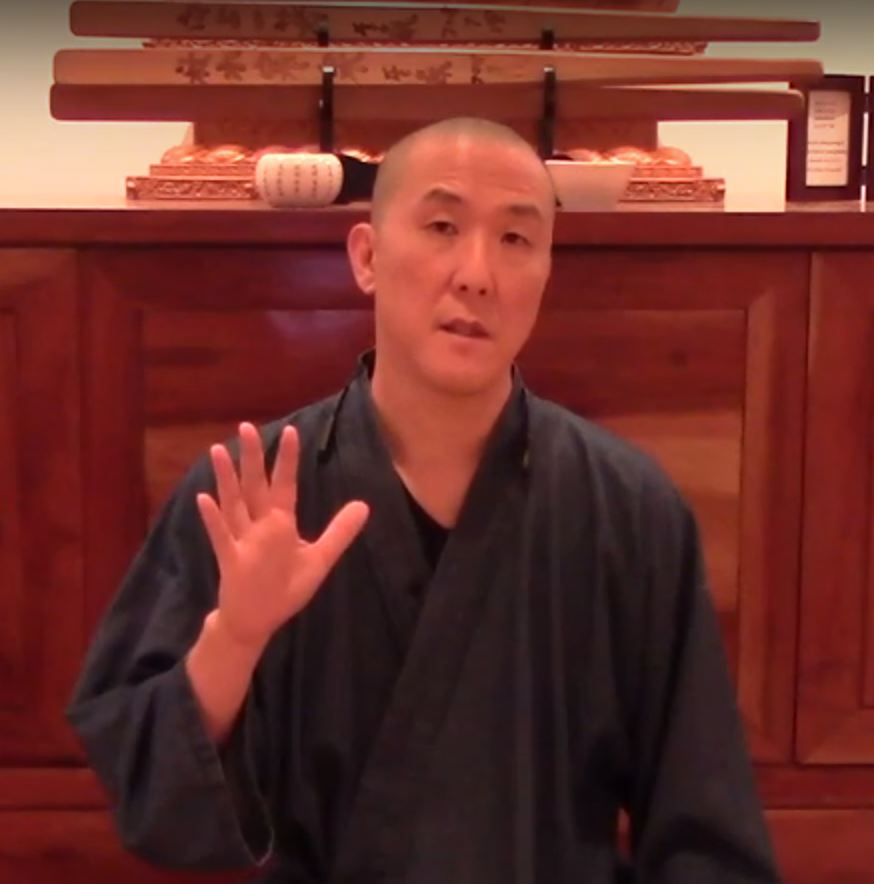 On July 11, 2020, after meditation, we learned about what “Being Present” means for practitioners of the Buddhadharma.

At Teachers’ Corner last Saturday, we listened to a recent Dharma talk by Chan teacher Guo Gu (Dr. Jimmy Yu) on the subject of “Being Present”. In his talk, Guo Gu discussed how to be present to ourselves and to those around us, and how ultimately being present means being absent — absent of our self-referentiality. He urged us to look beyond the common notion of “being present” as related to better communication, and to practice putting down our grasping, rejecting, and personal agenda when experiencing the presence. “When ‘you’ are not there, everything is there,” he said.

After watching the video, the group shared what “being present” means to us personally, and how our ideas compare to those discussed in the talk. Although the Buddhist idea of true selflessness — the state of being able to operate with no self-referential intentions — seems impossible to achieve, many of us are grateful that Guo Gu had given us guidance on how to start practicing towards it.

Scroll down to watch the video recording of the Dharma talk: “Being Present” by Guo Gu.

From the Teacher: Being Present

During our session, we watched the first 26 mins of the talk.

* Guo Gu first learned meditation when he was four years old in 1972. In 1991, after college, Guo Gu was ordained as a monk and became the first personal attendant to Master Sheng Yen (founder of Dharma Drum Mountain). In 2000, Guo Gu left monasticism and re-entered the lay world. In 2008, he received his Ph.D. in Buddhist Studies from Princeton University and began teaching Buddhism and East Asian religions academically as an Assistant Professor at Florida State University. In 2009, he founded Dharma Drum Mountain Tallahassee Florida (aka the Tallahassee Chan Center), and serves as the teacher there. He is also the guiding teacher for the Western Dharma Teachers Training course at the Chan Meditation Center in New York and the Dharma Drum Lineage.